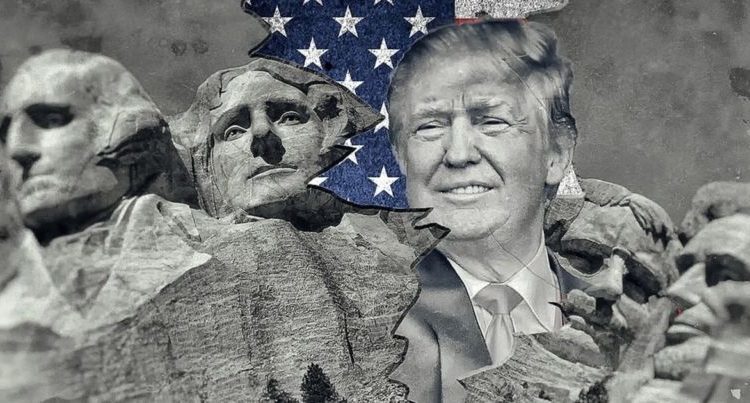 Autopilot mode on the right course but watch for blind turns

For the uninitiated, Exchange Traded Funds or ETFs as popularly known are funds tied to a specific index and are traded on stock exchange. They have gained tremendous popularity over the past few years have given their generally low tracking error, low management fees (as the active stock selection is not needed), lower correlation with other assets, higher liquidity and the underperformance of active funds, especially on the post-fee basis.

A big advantage of holding the ETF rather than the constituent security is the liquidity that it offers. This largely explains the growth of fixed-income ETFs that has attracted a large number of institutional investors who need not take direct positions in often less-liquid bonds but rather invest in the corresponding ETFs to take a position.

That ETFs have arrived in a big way and are here to stay is undisputable but do they offer a significant advantage over traditional funds, does their popularity justify the perennial shift that active funds are increasingly making? Are they, as some opine, a bubble in the making? Let’s examine some of the arguments against the growth of ETFs.

A SPLENDID GROWTH WITH AUM CROSSING $5 TRILLION IN 2018

ETF assets grew by $1.3 trillion to reach $4.8 trillion in 2017. Of this, equity-focused funds account for $3.7 trillion, just over three-fourths of the total assets. Albeit, equity ETPs (Exchange Traded Products) saw huge inflows in 2017, exchange-traded bonds continue to grow in popularity. Fixed-income linked ETFs attracted $138 billion in 2017, up from $112 billion a year ago. 2018 looks even more promising as $100 billion entered ETFs in January alone, and the ETF AUM is believed to have crossed $5 trillion now. Such a shift is making the entire asset management industry take notice.

Most of this demand is coming from institutional investors. Greenwich Associates states that nearly half of institutional investors that used a futures contract to take a position in an index have now switched to ETFs. ETFs thus allow gaining exposure to an asset without actually owning it. Large funds also find it cheaper to invest in ETFs than the underlying securities.

On the supply side, an increasingly large number of active fund managers are rolling out ETFs to cash in on the demand although some of these funds have been historically appalled by passive investment strategies. JP Morgan, for instance, announced its first ever European listed ETFs to get a foothold in the $734 billion European ETF industry. Similarly, FidelityInternational launched a number of ETFs in the UK, focused on high-quality equities. Franklin Templeton was also not left behind and launched its first UK listed ETF in September 2017.

Bryon Lake, JPMorgan’s international head of ETFs, summed it up succinctly when he said “We’ve seen a 21% compound annual growth rate in international ETF flows in the past five years. If we didn’t do this there is a risk that we wouldn’t be participating in this market in the way that we would like to.”

Bond ETFs have also been growing considerably, due to higher yields offered by developing markets, and have seen robust inflows in Vanguard and Blackrock’s ETFs. The only laggard here are junk bond ETFs which have seen a sharp slowdown in inflows. However, the case for these ETFs is quite strong with only a fifth of active high-yield funds beating their indices, according to S&P Dow Jones Indices.
Are ETFs distorting markets?
The biggest argument against the growth of ETFs is that it distorts markets by continually investing in larger companies as mandated by its very construct. Thus, winners keep on winning, albeit at higher and higher valuations. ETFs thus become a machine, which is oblivion to ratios such as Price to Earnings or Enterprise Value to EBITDA, when it allocates money, as the proportion of money to be invested is fixed according to the index. This mechanism does not allow an investor to participate in smaller but undervalued companies.

BoAML indicated in February 2018 that its proprietary Bull and Bear indicator had surged to an extreme level, delivering a clear “sell” signal for equities. The bank warned that the US equities are due for a correction for a long time now, which did happen on 05 February, when the Wall Street saw considerable correction amidst wild volatility. The Economist mentioned in March 2018, that the Wall Street looks quite over-valued based on CAPE (Cyclically Adjusted Price to Earnings) ratio.

While the US CAPE stands at 32.8, Canada is trading at a CAPE of 20, Germany on 19 and Britain on 14. All, except the US, are trading near their historical average while the US is trading at about two times.It can be argued that the US boasts of such formidable names as Facebook, Microsoft, Netflix, Apple, Amazon, Google, etc. that justifies premium valuation and strong future earnings but the Economist believes that the gap is too wide to be explained by this one factor. Do we suspect the growth of ETFs to be playing a hand in this?

As the passive investment segment continues to grow, this criticism of “dumb” value-agnostic investing will hold more weight. Currently, the most heavily traded securities in the US are ETFs. A very prominent example of how ETFs can distort markets is what happened in VanEck Vectors Junior Gold Miners ETF in May 2017. The fund became quite popular and eventually much bigger than the index it tracked. Fearing regulatory ceilings on how much of a stock can an index hold, the fund changed the benchmark, which led to a huge switch of flows from the discontinued companies to the ones it had to invest in. This even led some to speculate on the companies that would be left out, pushing their prices down even further. This is a potent example of how the underlying economics (in this case gold demand) or financial performance can have absolutely nothing to do with a stock’s performance because of the growing popularity of ETFs.

MAY OVER PROMOTING LIQUIDITY – ESPECIALLY TRUE FOR FIXED INCOME ETFS

There are concerns that ETFs, especially the fixed-income based, are out of sync in terms of liquidity of their underlying securities. This was echoed by Mohamed El-Erian, Chief Economic Adviser, Allianz this year and was also in line with the findings from BlackRock in 2015 that fixed-income ETFs trade much more often than the bonds that comprise them. A 2013 report by Morningstar found that while ETFs did a good job in limiting tracking error, the weekly error for ETFs tracking the MSCI Emerging Markets Index, for instance, ranged from 0.04% to 1.5%.

SOME ETFS MAY NOT MEET INVESTOR OBJECTIVES

Certain ETPs (Exchange Traded Products) may not meet the objectives an investor is looking for. For instance, the country-specific ETP, iShares MSCI Spain Capped ETF. The top five holding of this fund isBanco Santander, BBVA, Telefónica, Inditex, and Amadeus, which make up for half the fund. In this case, investors do not get exposure to the wider Spanish market, as none of these companies make more than a quarter of revenue from Spain. But the holdings are driven by the liquidity these companies provide in trading, which then further distorts the market by auto-investing in large companies at the expense of smaller, at times undervalued, ones.

Traditionally, the two largest ETF issuers, iShares,and Vanguard used to offer Physical ETFs, i.e. funds backed by holding underlying securities making up the index. However, recently there has been a surge of Synthetic ETFs, which are backed by a swap agreement between the provider and a counterparty such as an investment bank. Investors should generally be wary of Synthetic ETFs, especially the ones tracking large and liquid markets such as the S&P 500 because during times of extreme volatility or sell-off, counter-party risk related to the ability of the investment bank in servicing the claims surfaces. Eventually, in a Synthetic ETF, an investor has only a claim against the underlying securities.

Given that about 90% of the trade in the secondary market in ETFs is between the banks themselves, in the extreme event of a sharp sell-off, the investor may end up holding those underlying securities if the banks cannot find a buyer. It may become especially arduous for investors to dispose the underlying securities for anything at all in some cases, say for instance high-yield bonds. Furthermore, ETFs have not yet witnessed a severe down-market that will test the investment banks or more commonly known as Authorized Participants. Some argue that currently these banks are happy making margins by providing liquidity to an otherwise illiquid market but may disappear if and when markets get choppy.

ASSET CORRELATION REDUCES IN AN ETF BUT INDIVIDUAL VOLATILITY GOES UP

One of the biggest arguments that proponents of ETFs conjure are related to correlation among assets in an ETF. There is evidence highlighting that correlations, both between different stocks and between stocks and other asset classes, have reduced somewhat during the years that passive investing has boomed. This is especially beneficial when the markets go south, as happened in the 2008-09 financial crisis when correlations skyrocketed. However, when an individual stock joins an index there could be a sharp rise in volatility as various ETFs begin to invest in it. Similarly, when a stock exits an index, there could be a large ETF sell-off.

The huge popularity of ETFs has given rise to needless innovation and exotic products, which if left unregulated may pose a significant risk to uninformed retail investors. Some of these are leveraged ETFs, Inverse ETFs, Bitcoin ETFs, Biblically responsible ETFs, Fund of ETF providers, to name a few. We will discuss some of these below:

Wrapping it all up

ETFs are a path-breaking innovation by the financial industry without a doubt. They have a distinct advantage over traditional funds because they are traded frequently, thus have high liquidity, they even enable price discovery for some instruments that are not traded as frequently; are generally better alternatives in terms of returns over traditional funds, especially on the post-fee basis.

Many market pundits believe that the auto-investing nature of ETFs lead to bias with winners continuing to win and losers continuing to lose. While this may be true in some pockets but we don’t believe that at this stage ETFs are large enough to pose a significant threat – ETPs account for just 12% of US equities and 7% of global equities, according to BlackRock.

In addition, investors concerned about the market cap based indices and the discrepancy it causes can switch to Smart Beta ETFs, which use indexes that are weighted by measures other than market cap. These should help counter problems caused by passive investing. In fact, some of the best ETFs out there is a hybrid of active and passive investing with adept fund managers taking advantage of the surge in demand for ETFs as well as their experience in active management.

In terms of risk factors, the fact that the industry is dominated by a couple of huge funds does pose some risk with Vanguard and Blackrock dominating the ETF industry. This risk is especially enhanced for synthetic ETFs. Also, the idiosyncrasies introduced by the launch of some esoteric and innovative funds may end up causing heartburns for some investors whose objectives are either not met or they end up buying the wrong fund for the wrong reasons. Regulators need to keep a watch!